What Are the Risks of Psychedelics? 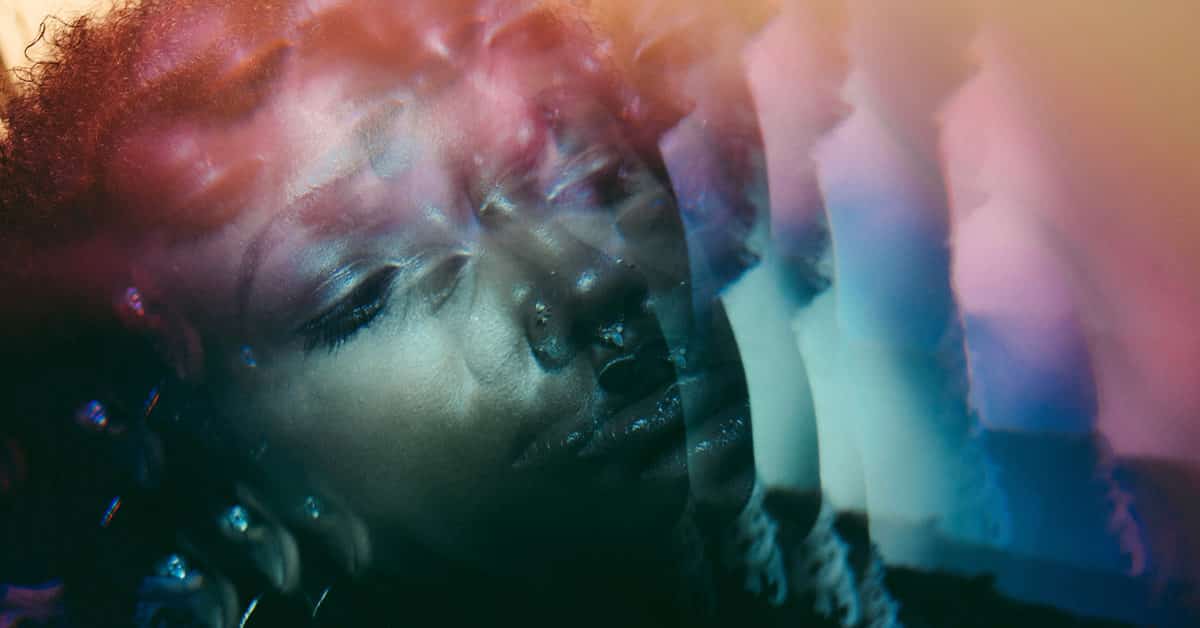 For starters, assessing risk is tricky. A lot of what both scientists and the general public think they know about the potential risks of psychedelic use comes from the first wave of research and experimentation in the 1950s, 60s and 70s. But this body of knowledge includes studies that wouldn’t meet today’s scientific standards; urban legends, and unsubstantiated news stories.

Also, reporting and describing adverse events is often subjective to some extent, psychiatrist Rick Strassman noted in a 1984 paper. Some people consider the drug-induced state itself pathological, he wrote, while others believe even the worst reactions are part of “throwing off ‘straight’ society’s ‘shackles’ and in reaching a higher level of consciousness.” And many of the more recent studies on the potential harms of LSD and other hallucinogens draw on data from the 1950s and 60s. Those studies had a lot of methodological problems; many lack baseline data about their subjects, didn’t use placebos and/or failed to specify the source of the drug or the setting in which it was given.

Also, though it’s tempting to generalize from case reports or news stories, Krebs and Johansen argue it’s important to take a “statistical perspective to risk” and they point out that nothing we do is without risk. Here are some of the specific reasons why they say case reports (and news reports, I’d argue) of mental distress/problems arising from psychedelic use should be taken with a major grain of salt.

Several issues are important to keep in mind when considering case reports:

1) Adverse effects of psychedelics are usually short-lived; serious psychiatric symptoms following psychedelic are typically resolved within 24 hours or at least within a few days.

2) Both mental illness and psychedelic use are prevalent in the population, likely leading to many chance associations; for instance, about 3% of the general public will have a psychotic disorder sometime in their lives.

3) The typical onset period of both mental illness and psychedelic use occurs in late adolescence and early adulthood, again leading to mistaken causal inferences.

4) Most case reports do not rule out preexisting psychiatric difficulties, life stresses, or use of other drugs. Many psychiatric disorders are believed to be heavily influenced by genetics and earlier experiences, even if symptoms are often first triggered by a stressful event. Note, however, that people with first-episode psychosis often have no apparent family or personal history of mental illness, whether or not if they have previously used psychedelics.

5) Because of the subjective effects of psychedelics, some people attribute psychiatric symptoms to the use of psychedelics even if the symptoms started months or years later.

6) Some health professionals may have a biased view since they meet people with mental health problems and have little or no contact with the majority of psychedelic users.

7) Caution should be used when generalizing from LSD to other psychedelics because of emerging evidence of unique effects of LSD.

To complicate things further: People may think they’ve taken LSD when they’ve really taken something else. For example, a West Virginia man was charged with murdering his wife in 2013. He and his wife took what they thought was LSD and the wife started having convulsions and died. There were a number of media reports blaming her death on LSD, but it later came out that the couple had unwittingly taken a synthetic hallucinogen 25b-NBOMe, which isn’t illegal in West Virginia. The husband then pled guilty to a lesser charge: involuntary manslaughter. I also found a case report about an 18-year-old man who called 911 saying he’d tried to kill himself after taking two hits of acid. He’d actually taken NBOMe, as well, which seems to be more dangerous and potent than LSD.

In Drugs – Without the Hot Air, David Nutt calls psychedelics “among the safest drugs we know of”. He and a team of experts in addiction, drug policy, psychology, and other fields ranked 20 drugs on their harmfulness, using criteria ranging from drug-related mortality (death by overdose) to environmental damage. Overall, psilocybin mushrooms were ranked as the least harmful drug, followed by LSD and the addiction drug buprenorphine, which had the same score. Alcohol was ranked most harmful (more than ten times as harmful as mushrooms or LSD), followed by heroin, then crack. Referring to mushrooms and LSD, Nutt writes:

“It’s virtually impossible to die from an overdose of them; they cause no physical harm; and if anything they are anti-addictive, as they cause a sudden tolerance which means that if you immediately take another dose it will probably have very little effect.”

Matthias Liechti recently published a paper in Nature that reviews all of the clinical research on LSD that’s been done in the past 25 years. In these controlled settings, subjects’ experience of LSD was “predominately positive”, he writes, and no severe adverse reactions to LSD were reported.

LSD and psilocybin accounted for just 0.005% of US emergency room visits, according to federal statistics published in 2013. There were an estimated 4,819 emergency department visits related to LSD use in 2011, according to the most recent federal data available. Another 8,043 ER visits that year were attributed to “miscellaneous hallucinogens”. Note that the substance use in both cases was self-reported, not toxicologically confirmed.

In their 2008 guidelines for the safe administration of high doses of LSD and psilocybin in a clinical settings, Matthew Johnson, Bill Richards, and Roland Griffiths write that hallucinogens aren’t considered addictive and they don’t appear to cause organ damage or neurotoxicity. They can cause side effects like dizziness, blurred vision, weakness, and tremors, while they are active. The authors also note that hallucinogens can raise the pulse and blood pressure, but they say none of their patients ever experienced a medically dangerous spike in blood pressure or had to take blood pressure drugs. I did find a report published this year of a 34-year-old man with an undiagnosed heart condition who went into cardiac arrest after taking LSD recreationally and died.us heroin, for example, is just 5 times larger than the effective dose.

Even if psychedelics aren’t toxic, per se, there are a lot of pop-culture accounts of people getting hurt, dying or hurting others while on the drug — probably the most common stories are those of people think they can fly and fall to their deaths. But Johansen and Krebs write that these sorts of situations are very rare:

“Both the European Monitoring Center for Drugs and Drug Addiction (EMCDDA) and the health authorities in the Netherlands, where hundreds of thousands of servings of psilocybin mushrooms are legally sold in shops each year, report that serious injuries related to psychedelics are extremely rare. Furthermore, Dutch police report that legal sale of psilocybin mushrooms has not led to public order problems.”

The same year, Johansen and Krebs published a paper that looked at responses to the same survey from a slightly different time period. Of 135,000 US adults surveyed, 19,299 had used LSD, psilocybin, mescaline or peyote. The respondents who had used psychedelics were no more likely to have experienced serious psychological distress, suicidal thoughts or behavior, anxiety, depression or to have needed or received mental health treatment in the past year than those who had not. In fact, people who had used psychedelics were less likely to have undergone inpatient psychiatric treatment than never-users. Johansen and Krebs concluded: “There is little evidence linking psychedelic use to lasting mental health problems. In general, use of psychedelics does not appear to be particularly dangerous when compared to other activities considered to have acceptable safety.”

Data from the first wave of psychedelic research seems to support this idea. About 10,000 patients are thought to have participated in LSD research in the 1950s and 60s and the rate of psychotic reactions, suicide attempts and suicides during treatment “appears comparable to the rate of complications during conventional psychotherapy” according to an analysis of data from this era done in 2008 by Torsten Passie.

More recently, a 2011 paper by Erich Studerus, Franz Vollenweider and colleagues analyzed data from eight double-blind, placebo-controlled psilocybin studies conducted in their laboratory over the past decades. They looked at 110 subjects who’d undergone a total of 227 psilocybin sessions. None of the subjects had prolonged psychotic reactions to the psilocybin sessions and schizophrenia-spectrum disorders were not precipitated in any of the subjects. One subject did seek treatment for symptoms of anxiety, emotional disability and depression.

In their safety guidelines for hallucinogen research, Johnson and co-authors note that psychedelics could possibly provoke the onset of prolonged psychosis, but they say the chances are low. In their clinical research, they exclude people who meet the criteria for a diagnosis of schizophrenia, bipolar I or II or other psychotic disorders. They also exclude people with a first or second degree relative with those disorders.

The most common adverse reaction to psychedelics is the bad trip, which can involve feelings of fear, anxiety, dysphoria and/or paranoia. Johnson et al write: “Distressing effects may be experienced in a variety of modalities: sensory (e.g., frightening illusions), somatic (e.g., disturbing hyperawareness of physiological processes), personal psychological (e.g., troubling thoughts or feelings concerning one’s life) and metaphysical (e.g., troubling thoughts or feelings about ultimate evil forces.” Hallucinogens often intensify people’s emotional experiences, they write, which could lead to erratic and potentially dangerous behavior if people aren’t properly prepared and supervised. Other short-lived but negative effects can include: “temporary paranoid ideation and, as after-effects in the days following a LSD experience, temporary depressive mood swings and/or increase of psychic instability.” I didn’t find much information about how common bad trips are — one 2010 analysis of psilocybin studies done between 1999 and 2008 looked at the experiences of 110 patients. Negative experiences weren’t common and seemed to be dose-dependent — higher doses of psilocybin were associated with higher rates of adverse reactions. All of the short-term adverse reactions were “successfully managed through interpersonal support” and didn’t require taking any drugs and seemed to have no lasting effects, based on follow-up interviews.


If you’re interested in browsing our selection, you can buy magic mushrooms in our store here!

Posted on September 3, 2021
by Dr Shroom in Uncategorized